What your dog’s bark is telling you 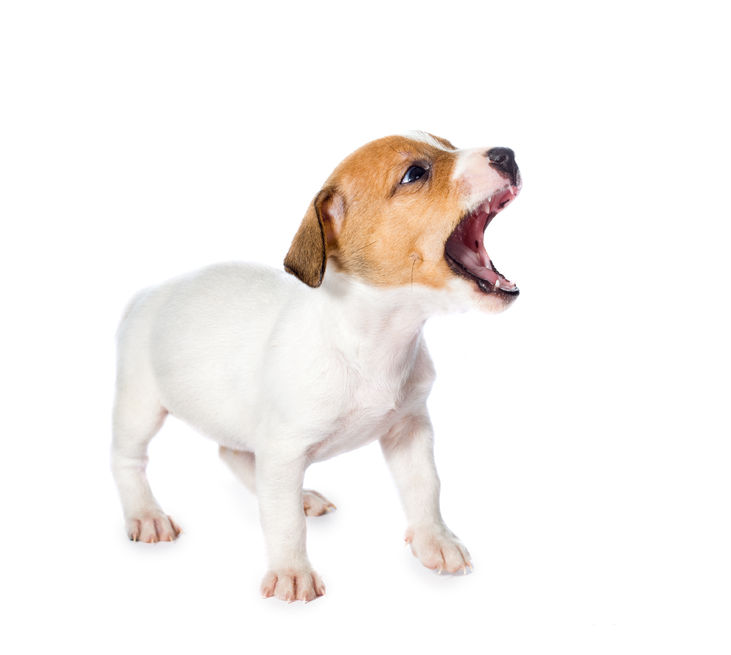 When your dog barks, may be he is trying to tell you something! Does he want to walk, play or is there someone at the door?

Dogs are constantly barking, which means they’re always trying to communicate. Whether he’s working to alert you to an intruder in the home or is ready for some playtime, your pet’s vocalizations are his way of getting your attention. To understand what Fido is trying to tell you, pay close attention to the context in of his bark.

Canine behaviorists categorize barking in many ways, from territorial and alarm barking to attention-seeking, greeting, social, frustration-induced and separation anxiety sounds. With so many different meanings behind your pet’s voice, it can be difficult to determine what’s causing him to bark. Fortunately, paying attention to what’s going on around your dog can help you understand what he’s trying to say. Some pets will bark when they’re left alone, for example, which can signal either boredom or separation anxiety. Others may have had a traumatic experience earlier in life and will bark due to anxiety when they meet a stranger.

Whatever the context of Fido’s vocalizations, certain sounds can help you get to the bottom of what he’s saying. A rapid string of several barks is a common in the canine world and is generally an alert-signal that something’s going on. Lower pitched, continuous barking usually means your dog senses a threat or imminent problem, especially if accompanied by growling. A sharp, short bark in the mid- to high-pitched range is used as a friendly greeting, while a long string of barks with pauses may mean your pet is likely is lonely and looking for a friend.

In general, low-pitched sounds, such as a growl, indicate your pet feels threatened and may react aggressively if the threat persists. Higher tones denote the opposite and are often an invitation for another dog or human to approach. Dogs use their body language to communicate, too, so pay close attention to your pet’s posture to determine whether his bark is a serious threat or part of play. The sound a dog makes while relaxed and wagging his tail can mean something entirely different than the same sound delivered through bared teeth, after all.

Like many owners, you may find too much vocalizing from your pet can be a bad thing. The best way to correct his behavior is to simply stop responding to your pet’s voice. Because barking is a call for attention, it means your dog needs something. Look for signs that your pet needs to go out to the bathroom, for example, before he has to bark and this should solve the problem. If an immediate need isn’t apparent, ask yourself whether he is getting enough playtime, as some pets will bark due to boredom and under-stimulation. And remember, never punish your dog for barking. The behavior is, after all, just his way of letting you know his needs.

Everything About This Miniature Pit Bull Cross

What Is a Dog’s Quick And What Happens If I Cut It?