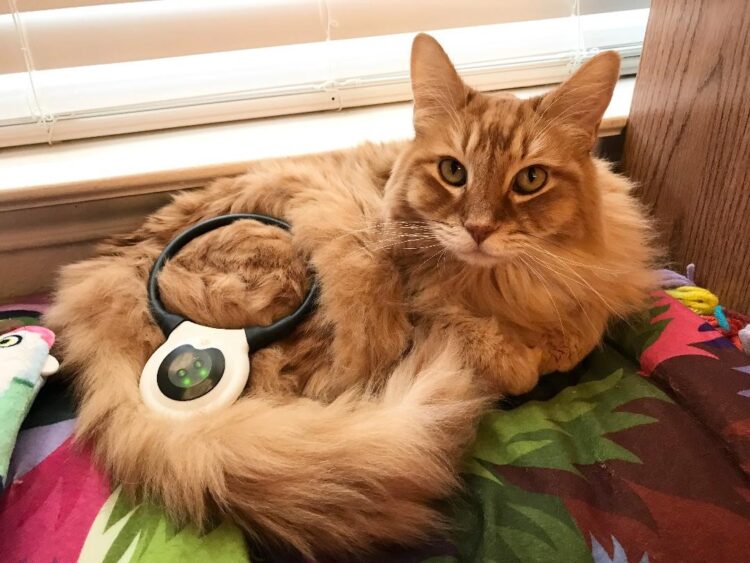 Beautiful 12-year-old Pele shares her Dallas, Texas home with tortie Lulu and tabby-and-white Miss Kiki and her humans, Janine and Russell. They’ve had Pele since she was about eight weeks old. She was thrown out of a car driving down a busy street in front of the automotive shop where Russell was working back then.  He ran out in the busy traffic to rescue her before she could get hit by a car.

“Pele had injured one leg and had a limp for months before she was able to walk right again,” said Janine. The vet couldn’t find a fracture or anything else that explained the limping. She has developed jumping and running issues as she aged. Janine’s vet said that that’s most likely due to early signs of arthritis. Pele is not currently on any medications.

Janine had been wanting to try the Assisi Loop, and as luck would have it, she won one in our October giveaway.

Pele took to the Loop very easily. “I just set it on her when she was sleeping,” said Janine. Pele received two or three treatments a day for the first month. Now Janine only uses it in the morning.

“The Loop has helped her greatly,” said Janine. “She is running and playing again!” She is still not jumping to the high places she used to, “but she can get up on the kitchen counters at times!” 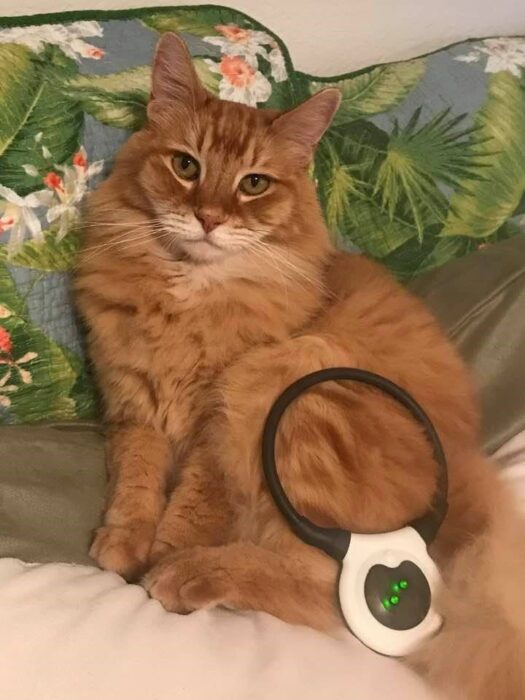 How the Assisi Loop Works

The Assisi Loop, created by Assisi Animal Health, is a non-pharmaceutical, non-invasive device provides targeted pulsed electromagnetic field therapy (tPEMF™). tPEMF, which was first studied in the 1970s and is FDA-cleared for use in humans, uses low-level pulses of electromagnetic energy to stimulate the body’s own healing mechanisms to help relieve pain and swelling. This therapy can benefits cats with pain associated with arthritis, pancreatitis, wounds, or post-surgical swelling as well as many inflammatory conditions. The Loop is well tolerated by most cats. In fact, many cats really enjoy receiving Loop treatments. Because the Loop stimulates the body’s own healing process, rather than introducing a new substance (like a medication), even a sensitive cat body can handle it easily. 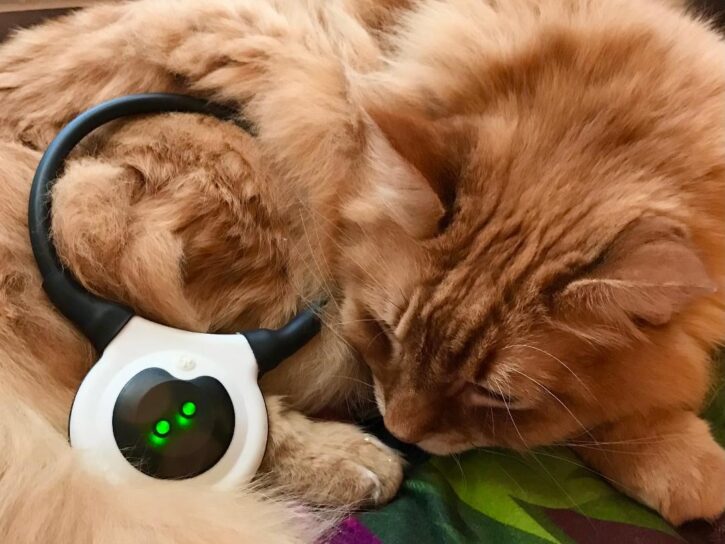 A two-year double blind study at the NC State College of Veterinary Medicine looked at using the Loop as part of pre-to-post-operative treatment to reduce pain and accelerate recovery in dogs undergoing spinal surgery. The results of this study undeniably show the Loop’s ability not only to reduce pain, but also to help the injured nerve tissue recover faster.

*FTC Disclosure: This is a sponsored post, which means that I was compensated to feature this content. Regardless of payment received, you will only see products or services featured on this site that I believe are of interest to our readers.

How to Ease the Burn – Dogster